NOTE:  A Houdinii 18 version of this lesson is now available here!

In this video, Sean will walk you through the basics of RBD Bullet dynamics in Houdini.  You will learn how constraints work, and how to use Material Based Destruction, including how to switch constraints based on scene dynamics.  NOTE:  Houdini 17.5 introduced new ways of building and managing constraints.  Watch for an updated version of this tutorial in coming months. 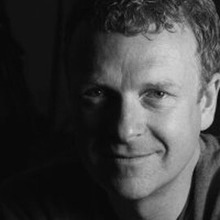 Sean brings over 20 years of Visual Effects production experience as an artist, manager, and supervisor. He has an impressive list of credits on films such as Lord of the Rings, X-Men, The Golden Compass, Cloud Atlas, and Transformers to name a few.  (For a more complete listing of credits, please visit Sean’s IMDB page.) Sean brings a strong knowledge of SideFX Houdini, having used it since inception, and has worked closely with Side Effects demonstrating the power of Houdini in emerging markets across the world.Sean has been a long time associate of Lost Boys, having worked together on many Visual Effects Society (VES) Vancouver events and worked closely Lost Boys Founder, Mark Bénard, as a member of the VES Education Advisory Committee.His start in the CG world began after graduating from film school in 1995, starting his career in Japan as a CG generalist and quickly progressing to become a Senior FX Artist on the Lord of the Rings trilogy, at Weta Digital in New Zealand.From there Sean moved on to work at the Jim Henson Creature Shop in London as a CG Supervisor and VFX Supervisor. Next he worked at Framestore-CFC, and then took on the role of Technical Head of 3D at CIS London, (now Method Studios, then Rainmaker UK), where he designed the shot pipeline and wrote many core tools.Sean returned to Canada in 2008 and settled into the position of the Head of 3D  for six years at Method Studios. Deciding to try something new, he accepted a position of CG Supervisor at the London based Double Negative’s (D-Neg) newly minted Vancouver studio.  After the birth of his daughter, Sean made the lifestyle decision to move east to Montreal where he could settle in to his new home and take on the job as CG Supervisor at Cinesite Studios.Joining Lost Boys with their Montreal expansion is a logical choice for Sean, the lower time pressure of education furthers Sean’s move towards a more balanced schedule where he can enjoy time with his family and better pursue his personal interests.
Enroll Free